The presence of a working petroleum system in the area is demonstrated by several recent discoveries in adjacent permits, including Alaric-1 (2010), Cadwallon-1 and Vos-1 (Chevron, 2011).

All of these wells encountered in the Triassic Mungaroo Formation and the available data indicates the presence of similar rotated fault blocks within the proposed gazettal areas.

The existing data coverage over Proposed Area 5 is particularly sparse, with only a handful of vintage data currently available in the public domain.

The Duvalia Survey has been planned in water depths less than 3000m, and provides a grid of approximately 5km by 10km over the more prospective portion of the release area.

Existing coverage of over Proposed Area 6 is more extensive, but sparse in portions of the area. Water depths range from 1500m to 2300m.

Additional data from the Duvalia Survey will in-fill existing coverage so that a grid of no more than 5km by 10km is available over the entire area. 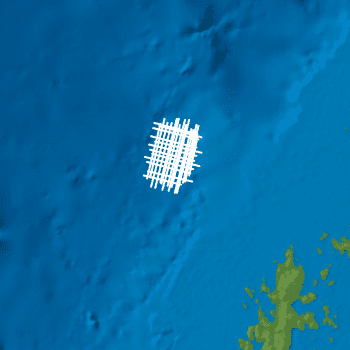