Read the article abstract below or access the full article via the SEG Library (link after abstract).

The Carnarvon Basin on the North West Shelf of Australia is a world-class hydrocarbon province, with the pace of discoveries significantly accelerating in the last 15 years.

The high success rate has been aided by improvements in seismic data quality, hydrocarbon detection techniques, and widespread 3D seismic surveys. This has led to the identification of several new play concepts, an increase in target depths, and an extension into more difficult seismic data areas.

New broadband acquisition technologies undoubtedly have delivered a significant enhancement in many parts of the basin, but there is still much to be gained from existing 3D seismic data sets. Broadband seismic data reprocessing, pre-stack depth migration, and facies-based seismic inversion can offer a cost-efficient exploration tool to maintain the historical success rates.

The open-file Willem 3D seismic survey adjacent to the giant Io/Jansz, Wheatstone, and Pluto gas fields is located in an area that has been explored insufficiently. The 2006 seismic data originally were regarded to be of good quality, but with advancements in acquisition and reprocessing techniques, the imaging result is now considered to be poor relative to modern-day seismic data sets. The Urania-1 gas discovery and northern extent of the Pluto field were detected on the original data, but other prospects based on this data set proved to be unsuccessful.

The complex overlying Tertiary channels and the presence of shallow strong seismic attenuation caused historical data-imaging limitations. Recent pre-stack depth-migration reprocessing has improved the data quality, with de-ghosting providing a significant uplift throughout the processing workflow. A facies-based inversion of the reprocessed data has de-lineated the known gas accumulations successfully and has predicted the location and dimensions of the recent Woodside Petroleum Pyxis-1 gas discovery. 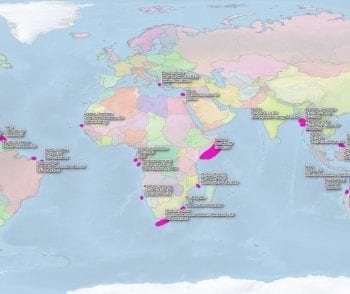 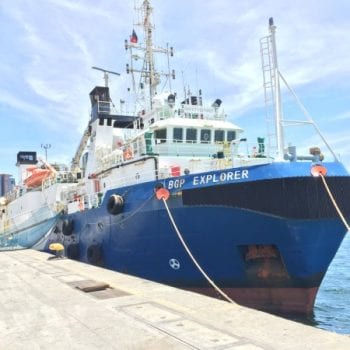