Searcher Seismic is pleased to announce the expansion of its modern, high-quality and exploration focused seismic, magnetic and geochemical focused production offerings offshore Papua New Guinea with the completion of the Laurabada UltracubeTM 3D reprocessing project.

Joshua Thorp, Geoscience Manager for Searcher Seismic, said there has been a significant data quality uplift from the reprocessing of the legacy data which has revealed exciting new potential in the Gulf of Papua.

“Source and receiver deghosting was applied in the reprocessing which significantly improves the low frequency content. For Laurabada East, this helps with the imaging below the fold belt as that is quite dispersive and attenuative with the seismic source. Similarly, on Laurabada West, there is multiple large carbonate bodies that are highly absorptive which is only penetrated by the low frequency signal.”

“The legacy processing only applied 2D SRME for the demultiple, whereas the reprocessing has used 3D GSMP/SRME from Western Geco. In the fold belt on Laurabada East this in particular helped with the complex diffracted multiples from the seabed that were contaminating the pre-Tertiary grabens. On Laurabada West there were complex peg leg multiples from the top carbonates which were modelled and subtracted effectively.”

“The legacy processing only used an isotropic PSTM workflow, whereas the reprocessing used an anisotropic TTI pre-stack depth migration. In Laurabada East, the PSDM workflow allowed for high resolution velocity modelling in the fold belt which improved the pre-Tertiary graben imaging and depthing. In Laurabada West, there was detailed carbonate velocity modelling which combined with the deghosting allowed for much improved resolution on the flanks and base of the carbonate pinnacles” Mr Thorp added. 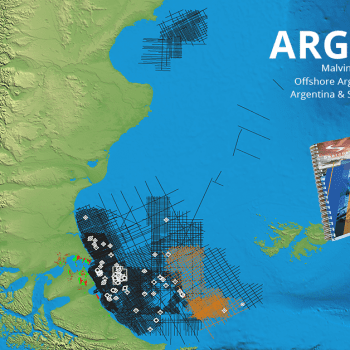 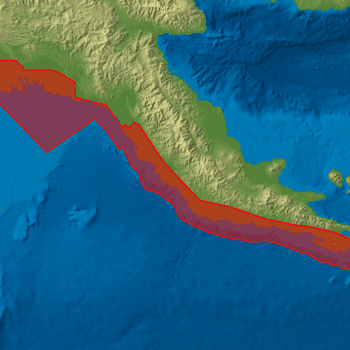